“Weight loss is hard work and not magic!” Let us look at the apple cider vinegar substitutes for weight loss; a recent health fad.

The use of apple cider vinegar is a relatively new health trend. It’s been used as a cleanser, as part of a dietary cleansing, as a supplement, and even to help people lose weight.

There’s only one problem: there’s no evidence that vinegar of any kind, whether apple cider or not, may help you shed pounds. So we are here with some amazing substitutes for apple cider vinegar, with scientifically proven benefits.

A two-step fermentation procedure is used to make apple cider vinegar. To transform the sugar in apples into alcohol, they are first sliced or crushed and mixed with yeast. The alcohol is then fermented into acetic acid by microorganisms [1].

Traditional apple cider vinegar production takes around a month, however, some firms have drastically sped up the process to just take a day. Apple cider vinegar’s major active ingredient is acetic acid. It’s also known as ethanoic acid, and it’s a sour chemical substance with a pungent stench. Acetic acid is a short-chain fatty acid that in your body breaks down into acetate and hydrogen.

According to certain animal studies, the acetic acid in apple cider vinegar may help people lose weight in many ways:

Even though it’s a generally human-safe acid, it can nevertheless burn and irritate the sensitive flesh of your throat and stomach if consumed straight. It can also cause low potassium levels in your body and conflict with some drugs.

There are some viable options if all you want to do is drink something to help you lose weight. Just keep in mind that they won’t alone assist you to lose weight.

What are some healthy alternatives to apple cider vinegar?

Here are a few alternatives to apple cider vinegar that will aid in weight loss.

You may have heard of its abundant supply of health-promoting plant chemicals as a byproduct. Furthermore, despite their comparable origins, their chemical makeup differs significantly from that of roasted coffee. It contains a lot of chlorogenic acids, which are antioxidants and anti-inflammatory substances that may have a high medicinal value [6].

Choosing lower-calorie beverages is a simple method to cut calories. For example, substituting 1 cup (240 ml) of a high-calorie, sugar-sweetened beverage with the same quantity of water over 6 months can result in a weight loss of almost 4 pounds (1.9 kg) [7].

Coffee is a low-calorie beverage on its own. Brewed coffee has only 2 calories per cup (240 ml) [8]. Furthermore, research suggests that consuming caffeinated coffee reduces the number of calories consumed during the day when compared to not drinking it [9].

Green tea has long been used in traditional Chinese medicine to treat a variety of ailments ranging from headaches to wound healing and has gained recent popularity in the West. Green tea has lately been related to weight loss.

Green tea contains caffeine as well as catechin, a type of flavonoid that is an antioxidant. Both of these substances have been shown to speed up metabolism. Catechin can aid in the breakdown of extra fat, and both catechin and caffeine can help the body utilize more energy [10].

Another replacement for apple cider vinegar is black tea. Black tea has experienced more oxidation than other forms of tea, such as green, white, or oolong teas. When tea leaves are exposed to air, oxidation occurs, resulting in browning and the characteristic dark color of black tea [11]. When 111 adults drank three cups of black tea every day for three months, they lost more weight and had a smaller waist circumference than when they drank a caffeine-free control beverage [12].

The succulent plant aloe vera is well-known for its medical benefits. It’s most widely used topically to treat burns and promote skin health, but it has also been used to treat several other conditions.

Does it sound weird when you read that aloe vera can help you with weight loss? Well, no matter how weird it may sound, it is helpful! In 90-day research, feeding rats on a high-fat diet with dried aloe vera gel reduced body fat formation by increasing the number of calories they burn [13].

Aloe vera has also been demonstrated in animal studies to impact fat and sugar metabolism in the body, preventing the buildup of belly fat [14]. Further research is needed to see if aloe vera can provide similar health benefits in humans.

Drinking infused water for weight reduction might be an easy approach to improve your water intake since studies have shown that drinking water naturally boosts your metabolism among other water health benefits [15].

Infused water, also known as detox water, fruit-flavored water, or fruit-infused water, is a mixture of fruits, vegetables, and herbs immersed in cold water. While infused water has a lot of flavors, it also has no calories, making it a very excellent tactic in your weight-loss and health-improvement goals.

Water and weight loss are inextricably linked. Drinking water to lose weight and improve your health is one of the most simple habits you can develop, especially with so many different infused water recipes to pick from.

Coconut water isn’t entirely made up of water; it’s more like coconut juice. It’s water that’s been infused with a variety of beneficial vitamins and minerals, without the added sugar present in sports drinks and other beverages, notably fruit beverages.

Coconut water is high in electrolytes and minerals such as sodium, potassium, calcium, magnesium, and phosphorus, which are all beneficial to the body when trying to lose weight [16].

Coconut water is also now best utilized in the same way that a sports drink is: to help you recuperate after a workout. You can’t just sit at your desk and drink it and expect the pounds to drop off your hips and stomach.

Apple cider vinegar makes you feel full and helps you lose weight by lowering blood sugar levels. But, in terms of weight loss, which of these two is the better option?

Apple cider vinegar and lemon juice are two natural ingredients that can help you lose weight. However, none of them can take the place of a balanced diet and regular exercise, which are the two most important factors in weight loss.

For comparison purposes, apple cider vinegar is a better option because it helps you lose weight in more ways than one. Apple cider vinegar can be ingested by diluting it with water and sprinkling it on salads.

However, drinking these acidic beverages frequently may cause tooth enamel erosion. So, don’t overdo either and seek medical advice before including either of these foods in your everyday diet.

Apple cider vinegar lowers the rate at which food leaves the stomach and enters the lower digestive tract, which helps to reduce blood sugar peaks. Its absorption into the bloodstream is slowed as a result.

However, this impact may exacerbate the symptoms of gastroparesis, a common illness affecting diabetics. According to one controlled study, indigestion can cause hunger and food intake to be reduced in certain individuals [17].

Participants who consumed a drink containing 25 g (0.88 ounces) of apple cider vinegar had reduced appetite but experienced significantly more nausea, especially if the vinegar was from an unpleasant-tasting drink [17].

Tooth enamel has been observed to be harmed by acidic foods and beverages. Although soft drinks and fruit juices have received more attention, some study suggests that the acetic acid in vinegar may potentially harm dental enamel [18].

How to drink apple cider vinegar for weight loss?

Apple cider vinegar can be consumed in a variety of ways. Use it as a salad dressing by mixing it with olive oil. It’s especially delicious with leafy greens, cucumbers, and tomatoes.

You may also use it to pickle vegetables or simply drink them by mixing them with water. 1–2 teaspoons (15-30 ml) of apple cider vinegar per day, combined with water, is recommended for weight loss. It’s recommended to drink it in two or three doses throughout the day, and it’s better to do so before meals.

Can I drink White vinegar instead of Apple cider vinegar?

Apple cider vinegar has been hailed as a miracle cure-all, yet its capabilities have been exaggerated. Though it is vinegar, it does not have the same nutritional value as other vinegar. However, all kinds of vinegar are extremely acidic, making them difficult to digest.

Fermentation of crushed apples or apple cider produces apple cider vinegar. White vinegar is made from grain or sugar cane fermentation. The finished product has varying nutritional contents due to the nutritional properties of the source food utilized to manufacture the vinegar.

Apple cider vinegar has several health benefits. However, to stay safe and avoid side effects, it’s important to keep track of how much you’re taking and how you’re taking it. While a slight amount of vinegar is beneficial, more is neither better nor safer. This article has summed up all the substitutes for apple cider vinegar.

Instead of relying on vinegar or other weight-loss drinks, make simple, basic lifestyle adjustments like boosting your fruit and vegetable diet or striving to increase your daily physical activity levels. You can also try peptides for weight loss.

Q: Can I drink regular vinegar instead of apple cider?

Q: What vinegar is good for losing weight?

A: Apple cider vinegar is often considered for weight loss. Although consuming it by itself might not be effective, it does enable weight loss by keeping you full for a considerable period once consumed.

Q:  What can I substitute apple cider for?

A: Lime juice is a great alternative for apple cider vinegar if you’re using it as a salad dressing or marinades. If you’re cooking, you could also just use apple juice. However, lime juice is ideal if you’re looking to retain fruity acidity.

Q: Apple cider vinegar vs. Lemon juice for skin: which is better?

A: Before applying apple cider vinegar to your skin, you must consult your skincare specialist. However, lemon juice can readily be applied as it is coming from a natural source. 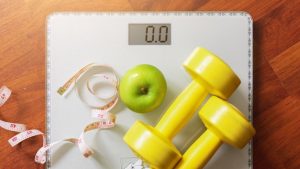